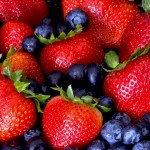 It’s very vogue right now, buying produce that has been locally grown.  Nutritionists say that we should definitely eat locally grown and produced food, something to do with the bees and the effects of their pollination on the fruits and vegetables that grow from their efforts.  In Europe, it is customary to only prepare foods that are in season and in fact when my wife was living there and wanted to prepare a meal using squash, her hosts looked at her incredulously and said, “Squash is not in season now.”

As a country, we have grown accustomed to eating whatever we wish whenever we wish, regardless of where it came from.  Those days may be numbered, as the amount of energy required to ship produce all over the globe may make this practice untenable as the price of that energy goes up.

I can’t say that it hasn’t been this way in the past, depending on events, but we are seeing a definite trend in this country to purchase products that are “made in America.”  According to Jack Loechner, writing for The Center for Media Research, in his article “Made in The USA Influences Buyers,” a recent Harris Poll survey suggests that a sense of national pride is manifesting itself in how people part with their money.  As a percentage of all US Adults, 61% indicated that they would be more likely to buy a product with the label “Made In America.”  And if you look regionally, here in the Midwest, that percentage jumps to 67%.  Age is also a determining factor, however there is no doubt that we Americans like products made and produced right here at home.

I believe this same trend exists on a local basis.  Small local farmers are beginning to see real success in marketing their produce at farmers’ markets.  People want to do business with someone from their town as a way of supporting the local economy.  I recently attended a gathering of bright innovators who were demonstrating their technological creativity to a large group of people.  I found the pride I had in Kansas City grow as I saw with my own eyes these very bright people showing the results of their labors.  I wanted to find a way to do business with these burgeoning entrepreneurs.

The takeaway here is this: if your geographic area is local, be sure you are emphasizing where you come from.  Make it a part of your marketing communications so your target market will know.  Being a “hometown” company could very well give you the edge you need over your competitors.

I would love to know your thoughts.  Drop me an email.  Thanks. 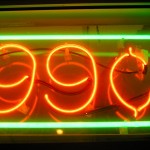 I was really just going in the store to find an electric can opener.  It seemed to me that this very large, warehouse megastore was the best place to go and probably where I would get the best price.  I had really just intended to pop in, make my purchase and leave, it would only take about fifteen minutes.  As I walked down the isles looking from left to right, my attention was drawn to a sign.  It was not a sign that was overly colorful or large, I just caught its image out of the corner of my eye.  This product now had my full focus and best of all, as the sign informed me, it was on sale.  For a 25% price reduction, I could own an electric stapler.  What a great deal!  Even though my most practical, logical mind told me, “David, you don’t need this,” I still picked it up and put it in the cart.  I was sold.

Now tell the truth, you’ve been there too.  They call it impulse buying, and retail stores tailor their product locations and merchandizing just to hook us into impulse buying.  It is an extremely successful marketing strategy.

But what are the real reasons I bought that electric stapler?

Economists say that we purchase a product or service for two reasons: to increase pleasure or to decrease pain.  But it really is a great deal more complicated than that and psychiatrists would even go so far as to say that there are messages going on in our subconscious that can at times override our logical thinking resulting in an action we didn’t anticipate and may not be able to fully explain.

This is why it gets tricky from a marketing perspective.  How in the world do you create a marketing message that will resonate and create a reason to take action and purchase your product or service when your customer doesn’t even know the reason they are making that purchase?

There is not a simple answer here.  The most significant action you can take is to actually ask your customer why they purchased from you.  This may not be realistic, feasible, or may be simply too expensive to undertake, so you also need to apply a little psychology and a smattering of common sense.  Most importantly, actually commit to writing down the reasons people buy from you.

These reasons fall into two categories.

First is the actual attributes of your product or service.  It is best to be as specific as you can but here would be some more general examples:

The second reason would be emotional motivators or the feelings that generate the action to purchase.  Here again are very general examples:

By being very specific about the product attributes and emotional motivators behind why your customers buy from you, you can then begin to tie your marketing message and communications back to these and have a better chance of getting their attention.

Best of luck and if you find you could use some help with this, drop us a note.

David, the new owner of an electric stapler. 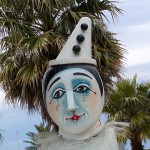 Wow, are the negative waves just flying all over the place right now, or what?  Maybe it’s the fervor of the political season, that every-other-year bombardment of our senses with all manner of innuendos, exaggerations, accusations, intimidations, threats, warnings, prognostications, and downright lies.  “This economy is so terrible right now, there are so many things wrong that the whole thing is going down the toilet unless you vote for (insert candidate name here) in the upcoming election!”  It’s enough to make a sane person want to jump off the Brooklyn bridge!

It is the custom of the election period to focus very acutely on every little piece of bad information coming from the economists.  It’s the only way to build market momentum for a change.  And what happens in the meantime, at least until the election is over…..absolutely nothing!  Business owners, concerned for what lies ahead, are hoarding cash as if their mattresses depended on it.  Hiring decisions are delayed, investment in equipment that could streamline production is put off, and worst of all, dollars that could go to continuing to market the company are put away into that mattress with the rest of the cash.

There are even rumblings of a double-digit recession.  There is strong evidence that this will not happen, and although we may not see a “rocketing” of the economy out of the doldrums, there are reasons to believe that we could see anywhere from a 3% to 4.5% growth rate by the end of the year.

According to William Patalon, Executive Editor of Money Morning (http://moneymorning.com/), one of the main reasons will be a resurgence of business investing leading the way.  He indicates that over the past seven months, we have seen an increase in industrial production of 9.7% with semiconductor equipment orders up 646%, raw steel production is up 89%, heavy truck sales are up 75% and railcar loadings are up 22%.

A second important event, says Mr. Patalon, is that we are starting to see the addition of jobs, which means consumer spending won’t be far behind.  Most recent reports of losses of 90K jobs doesn’t reflect the fact that the professional and business service sectors are adding jobs at the fastest pace since October of 2007.

The take-away here is that without resorting to a “Pollyanna” approach that everything is going to be just fine, it is likewise imprudent to act out of fear and retrench in an effort to hold out for better times.  A continued plan of intelligent, well thought-out marketing can take advantage of an economy in recovery, albeit a slow one.

Dave Chase, chief marketing officer for Altus Alliance (http://www.crunchbase.com/company/altus-alliance) studied companies that prospered during the Depression. He found, “Generally speaking, those companies that not only survived but also thrived during the Great Depression were those that continued to act as though there was nothing wrong and that the public had money to spend. In other words, they advertised.”

So, how is your economic mood?  You can choose to be depressed, at least until after the election, or you can pick yourself up and get out there in front of your target market.

If this seems something that you need help with, we’d be happy to help.  Just drop us an email.