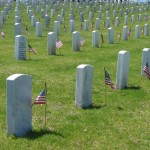 I have never served in any military branch nor have I participated in any war.  I was too young for Vietnam and too old for the Gulf War.  I have never experienced being shot at or someone trying to kill me.  There is no way for me to be able to fully understand or relate to what our veterans have gone through, the horrors they have witnessed, the way they were able to reach deep inside themselves for the courage to do exactly the opposite thing that any rational mind says to do – run headlong into the face of danger or death.  It is hard for me to fathom the kinds of dreams and memories they carry with them every day, in respectful silence.

Just because I have no common experience with a veteran does not mean that I cannot appreciate the sacrifice they made just so I can sit here and write this blog.  Abandoning the life of comfort and safety to uphold the freedom to voice my opinion, to state my views without the fear of arrest and persecution.

A sincere thank you to each and every Veteran, from the bottom of my heart.

Seth Godin, someone I consider to be “scary smart,” has assembled some of the finest minds out there into a concise, easy to read ebook.  Please, don’t miss reading this! It will change the way you think! 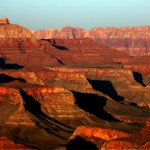 I hope that if you haven’t already had the chance, that you make the point to see Ken Burns’ new film “The National Parks: America’s Best Idea” on public television.  As with every other piece Mr. Burns has done, this is thorough, well edited, packed with tons of great facts, loaded with incredible scenes and photographs, and absolutely impossible to stop watching!  The coolest thing: This idea of a national park was unique to the United States; it had never been done anywhere else on this planet, and has since been copied by the rest of the world.

As I have been glued to the tube, I have noticed that there were numerous individuals like John Muir or Teddy Roosevelt who were seeing places like Yellowstone Valley, The Grand Canyon or Yosemite Valley for the very first time in their lives and remarking that they were having a “transcendent experience”, and it moved me to think about what that means.  I went to the reliable dictionary definition and found this: 1. To exist above and independent of. 2.To rise above; surpass; exceed. (to climb over). They actually moved outside of themselves because of the beauty they saw.

I was especially moved when President Roosevelt was standing on the south rim of the Grand Canyon and remarked something to the effect of, “Leave this as it is. Nature has been at work through the ages, anything man would do would harm it.”

You’re probably wondering, David, how are you going to turn this into a marketing blog?  You know what, I’m not.  I simply wanted to stop, take time to smell the roses and appreciate the fact that I live on this incredible planet in this wonderful country where I am free to write this blog and say what I feel.  Ain’t life fantastic!

I also know that it is far too easy for me to take myself too seriously and that by taking in the Beauty of the Earth, I am reminded and humbled that I am just a man; that I only reside here temporarily; that I have a responsibility to preserve and protect; and that it should be my goal in life to always strive to rise above.

Have a picturesque day!