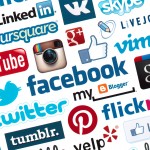 Oh that’s just not possible you say. Facebook fail, no way. Just let your imagination go for a minute.

I don’t think any of us could have imagined the possibility of General Motors failing, or AIG, or Citigroup for that matter, all of whom benefited through the combination of The Emergency Economic Stabilization Act of 2008 and the Troubled Asset Relief Program (TARP). In all of these cases, it was deemed appropriate to step in with financial help because these companies were “too big to fail.” The great economic domino effect of their failures would have lead to catastrophic consequences.

Let’s face facts, humans make mistakes, and so do CEO’s. It’s not beyond the realm of “possible” to imagine a world without Facebook, where enough mistakes, bad investments, scandals, questionable IPO’s et cetera, cause this social institution to fail. Do you suppose the government would step in and help?

I don’t want you to get confused here, I’m not trying to be political as I’m really going in another direction which I hope to reveal shortly.

Millions of people spend hours and hours documenting, sharing, responding, ranting, posting, joking, pontificating, preaching, questioning, bragging and lecturing on Facebook. The number of personal images and videos put there is staggering. Some would say that this is a giant waste of time. Regardless, when you think about the fact that whole lives are being stored on FB’s massive server farms and that this may be the only place where those lives are documented, you can begin to wonder – If that’s true, a Facebook failure could in fact cause catastrophic consequences for some. Unless of course, they have a backup plan.

I was reading recently in the “AARP Bulletin” (yes, I am old enough to read this) about the need for Baby Boomers to embrace social media, especially if they are interested in looking for a job. They talk about a “digital footprint” which I thought was a great term, because it encompasses several social media properties, including your own personal website. The article suggests that this website have your name as the URL, like davidsoxman.com. And let’s face it, if you’re not out there socially, you look out of touch.

What does your financial advisor always suggest when investing your money, diversify? By doing so, you spread risk across multiple investment strategies and therefore reduce your exposure to the failure of one. I think the same applies to how you document your life experiences on the web.

There are many ways to memorialize the important events in your life and it doesn’t have to be all in one place, i.e. Facebook. Social media sites exist that cater to all kinds of interests and life styles. If your interested in a list, Wikipedia.org has an exhaustive list and even describes what they are about. Check it out even though there are some obvious omissions like Reddit, Stumble Upon, Vimeo and YouTube to name a few.

If the leadership of Facebook pulls off something really stupid and the company fails, and the government chooses not to “bail out” the social behemoth, by having your life documented across multiple online properties, you can reduce the risk that your life’s experiences could vanish with the unplugging of a server. Or, you could gamble that Facebook really is too big to fail. 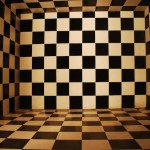 In one of my previous posts “Put The Local in Your Locale” I mentioned a relatively new social network called Foursquare.com.  I thought it had some real potential but unfortunately they were not in the Kansas City area.  After writing to them about my wish that they be here, my request was granted.  I just received word that along with several other cities, Kansas City is now on the map!

This kind of geo-targeted social network has real potential for those of you marketing to a consumer who is likely to purchase at your location.

Here are some of the features of Foursquare.com and then I would like to explore some potential applications to help you determine if it’s right for you.

Members of Foursquare.com check-in by logging onto the site from there mobile phone and letting their friends know where they are so they can come to that location.  Foursquare.com will also offer other locations nearby that may be places of interest to members.  Currently there are applications for IPhones and Android phones with a Blackberry application in the works.  There are also nice links to Twitter and Facebook.

Members have the ability to make recommendations of things to buy or enjoy at certain locations and Foursquare.com tracks how many times members frequent a particular location, based on the number of times they check-in.  Points are awarded for check-ins as well as bonus points for dragging friends along with you.  As points accumulate, badges can be unlocked, with the ultimate badge award being classified as a “mayor.”  Businesses can offer “mayors” certain privileges or freebies to entice them to come in as well as encouraging them to bring their network of friends.

Additional applications are being developed by Foursquare.com which includes an Inbound Ticketing system and a customer conversation community called “Get Satisfaction.”  For businesses that wish to actively participate there are plans available from $19 to $899 per month depending on reports, tracking, mayor offers and customization that is desired.

These are just a few potential applications.  I’m sure many of you can come up with several of your own.  That’s the beauty of this kind of network, it is really only limited by your imagination.

If you need to drive in-store sales, don’t be square and lose out on a great new marketing tool because Foursquare.com is very cool.

Let me know what thoughts you have.