Let’s take a good look at Santa Claus.  Here’s a guy who has been in business for hundreds of years but when you look at his Business Plan, it sure ain’t pretty!

Since it’s obvious that his Business Plan leaves a lot to be desired, perhaps we can help him with a Strategic Marketing Plan that will take some of the pressure off and insure that his business continues to grow.

A.  We have to begin with the GOALS of the plan.

B.  Next we shall examine DEMOGRAPHIC and MARKET TRENDS.

C.  No Strategic Marketing Plan is complete without a S.W.O.T. ANALYSIS

With this plan in place, we can now start to chart the Media Calendar and Marketing Spend which we believe will drive the results that will help Santa Claus achieve his short and long-term goals.  It will be necessary to periodically measure results and make adjustments to ensure success……………..

I have had a lot of fun with this post and I hope you have had fun reading it.

My sincere wish during this season and year-round is that since we all live together on this tiny planet, that we find a way to “Have peace on earth and goodwill to all mankind.” Let’s all do our part to make this a reality. 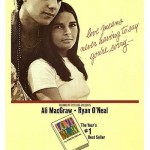 I know I’m going to show my age here, but in 1970, Ryan O’Neal and Ali MacGraw starred in the movie “Love Story” and there was the line where Ali’s character said, “Love means never having to say you’re sorry.”  At the time, this line took on a life of its own being adopted, reused, rehashed and thrown around as if it were something sacred.  But as I’ve grown older, I’ve come to consider it one of the most ridiculous lines I’ve ever heard.  The simple reason that we are human and therefore by nature certain to make mistakes, means it’s absolutely critical that we own up to our mistakes by admitting we were wrong and apologizing, especially to the ones that we love.

If we consider our customers to be important to us, and I would think that since they pay us money for what we do, they are, then shouldn’t we wish to please them by admitting that we made a mistake?

This is why it certainly caused me to think twice after reading an article by Neil Berman, writing for Email Insider who wrote about “Our Love Affair with Apology Emails.” In his post, Neil talks about receiving “heaps” of apology emails over seemingly trivial offenses, and that perhaps the companies sending them were either afraid of being “outed” by their customers on the social networks, or it was some false sense of self-importance almost egotism, to assume that the mistake was significant and made a difference.

I believe there is a real danger in what Neil is proposing.  Yes, I believe that if you say you are sorry constantly it becomes disingenuous or hallow, kind of like the boy who cried wolf too much.

Where I believe Neil is straying into a tricky area is by implying that we marketers know so much about our target audience as to be able to determine what is or isn’t important to them.  He cites the example of receiving a birthday coupon when it was not the correct day and receiving an apology, oh “how offensive,” but Neil, that is your opinion.  Does something have to be offensive or as grave as releasing financial or sensitive information to warrant an apology?  Where do you draw the line as to whether something was offensive?  Aren’t you taking a very real risk of the dreaded “unsubscribe” when we marketers are always striving to build our lists of suitable email candidates?

Now, Neil might say that if this person is so sensitive that they unsubscribe at the slightest provocation they are probably someone we want to glean from our list, and in many respects he would be correct.  But again I say that to make the assumption whether a mistake was or was not important to an individual is fraught with problems.  Why take the chance, when a well worded apology could make all the difference in the world to that individual.

I don’t mean to bash on Neil’s article too much.  He has 5 very good guidelines to follow for every apology email.

I’m sure there are multitudes of opinions on this, so I imagine the debate will go on.

If you struggle with the right kinds of messages in your emails and need help, drop us a line, we’d love to help.