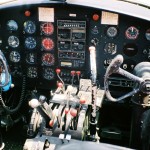 We are now several years into the maturity of social media as an accepted form of marketing as evidenced by Shawn Kincaid’s post regarding Twitter becoming mainstream.  Many other articles have been written about the dangers to your business of refusing to hop on the social bandwagon, including one I posted.

As marketers we know that one of the most powerful aspects of social media is the two-way conversation that takes place, the ability to “listen” to what is being said about you, your brand and your products.  Never before have companies been in such an enviable position of being able to directly respond to comments made about them.  But, with this power comes the cost of losing control over your brand and marketing, something many have real problems with.

This is especially true in industries that are heavily regulated, such as financial, municipal and as Brian Morrissey writes, pharmaceutical.  I have spoken with many business owners and business developers from these industries that face similar concerns about social media and how they can engage without getting themselves and their company in a lot of trouble.  I don’t mean to say that their concerns are unjustified, and I would strongly recommend hiring knowledgeable legal resources who understand these ramifications.  As Brian states, the penalty for a social misstep can even go so far as to having your key product or your professional license removed from the marketplace!

As such, since these industries must maintain a firm control over their social interaction, even to the point of hiding their involvement, they end up being on the sidelines watching the rest of the marketing world heading forward at warp speed and leaving them behind.  Their marketing is stuck in a serious auto-pilot.

What this tells me is that our regulators, the ones trying so hard to protect us, are seriously out of touch with reality.  The kinds of restrictions placed on financial, governmental and pharmaceutical companies, and their ability to stay current in their marketing, is stuck in the 20th century.

As we all know from the many stories of celebrities getting into trouble, what takes place on the Internet is so transparent that it would appear the perfect place to allow the kinds of open dialog that is the essence of social media.  Would it not be acceptable for regulated industries to have that same level of transparency and be able to enter into constructive dialog with their customers?  I think the phrase is “trust but verify.”

One thought on “You’re Regulated – Control Your Social Marketing!”